Cruise into 2021 with Karl and the Crooners

With his smooth, velvety tones, singing a tribute to the Kings of the Crooners is a perfect match for Operatunity Resident Artist Karl Perigo who will be heading out on Operatunity’s first tour of 2021, The Crooners, coming to 26 venues across New Zealand this January-February.

Karl often tells audiences how as a young boy his grandparents introduced him to a wide range of wonderful music including the voices of Frank Sinatra, Dean Martin, and Sammy Davis Jr. He says, “The very first male crooner I ever heard was from Manchester - Don Estelle, British actor/singer know as Gunner ‘Lofty’ Sugden in It Ain’t Half Hot Mum… His rich, mellow, smooth tone just made you melt. And at 4ft 9in in stature he made an impressive sound!”

The show will feature songs by some of Karl’s favourite crooners of all time. Karl says, “there are those crooners who can swing it like Nat King Cole, those that can dance it like Bing Crosby and those who can even tap it like Sammy Davis Jr.”  He is particularly looking forward to singing the beautiful Andy Williams ballad ‘Love Story (Where Do I Begin?)’. With audiences often seeing Karl as a King of Comedy, it will be a wonderful chance for them to see his softer side.

A new addition to the cast, songstress Sharon Emirali will be joining the boys. Audiences will remember Sharon from Operatunity’s 2020 Tribute to Glenn Miller national tour where she charmed audiences with her sultry vocals, sparkling persona and glamorous frocks. When asked how he feels about having Sharon on board Karl says, “wow have we got a beauty…our audiences will love her performances saluting the music of Ella Fitzgerald, Shirley Bassey and Barbara Streisand.”

Of course, no show celebrating crooners would be complete without a sizzling live band!  Leading them with his own sensational arrangements will be trumpeter extraordinaire Mike Booth. Completing the band will be rising star saxophonist Lukas Fritsch, ‘King of the Keys’ Grant Winterburn, and the highly exciting addition of bass player Mat Fieldes, back home in NZ after many hugely successful years on the New York freelance scene.

Posted 14 months ago by Operatunity 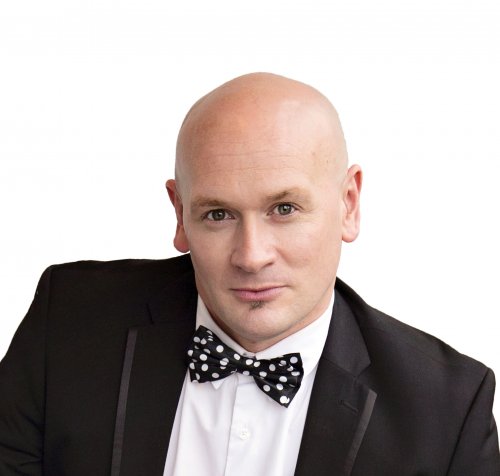