Our Resident Artist Karl Perigo leads Because You Asked For It to 23 centres across New Zealand April-May. Karl is pleased to bring hits from Phantom of the Opera & other hit musicals to Operatunity audiences once again!

While most 7-year-olds were listening to MC Hammer or Vanilla Ice on their Walkman, Karl was listening to Phantom of the Opera, the first tape his grandparents bought for him. One day his Nana whisked him away from school and the pair flew to Melbourne to see Phantom of The Opera with Rob Guest as The Phantom (he famously played the role 2,289 times over seven years).

“As the curtain calls started both my Nana and I were in tears, well we saw the same show every night for the next 4 days. I was hooked from that moment.”

In 2016 Karl performed the lead role in Phantom of the Opera with the Napier Operatic society, who brought in the costumes and stage sets from the professional Australian production. Not even the 3 hours of makeup every day could dampen Karl's spirit, he said 'I loved every minute of it'.

Join Karl and our other musical theatre specialists, Rebecca Wright, Tizane McEvoy, Alex Milligan, Stuart Coats and pianist Penny Dodd for Because You Asked For It. 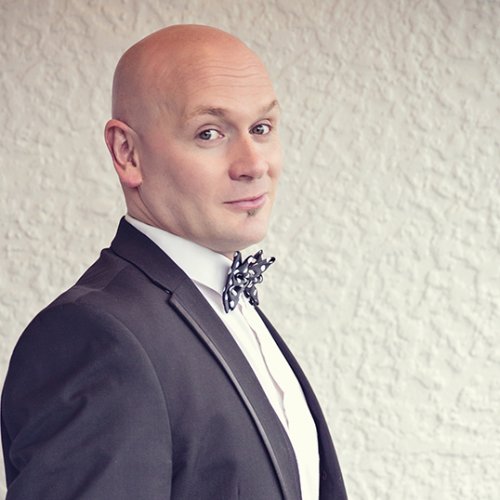