The Origins of our Favourite Irish Songs

Our Luck of the Irish concert will be touring New Zealand 22 Jan – 23 Feb, and there will be plenty of traditional Irish anthems that our core performers will sing, dance and fiddle to!

Irish traditional music is over 2000 years old, and was brought to Ireland by the Celts; believed to be music influenced by the East, some say that the traditional Irish harp may have originated in Egypt! Irish music has become iconic for its upbeat, tap-along style, like what you will see in Luck of the Irish!

Our artists will be performing the classic The Fields of Athenry. This anthem, often passionately sung by Irish sports supporters, was written and published in the 1970s by Pete St. John. The song is about a fictional man, Michael, who was sentenced to Australia for stealing food for his family during the Great Irish Famine of 1845-50. Though the song sings of Irish hardship, it is now sung as an anthem, and was even picked up by the Republic of Ireland national football team.

McNamara’s Band, another classic song, was in fact based on the real McNamara’s Band. Starting out as the ‘St Mary’s Fife and Drum Band,’ four McNamara brothers Patrick, John, Michael and Thomas, became famous in Ireland. Patrick and Thomas emigrated to America, and this is where ‘McNamara’s Band’ was born. Shamus O’Connor and John J. Stamford wrote the song McNamara’s Band in 1889, to use in the theatre in which Stamford managed in Belfast.

Finally, one of our favourites, When Irish Eyes Are Smiling. This song has been recorded over 200 times, and re-made by many famous artists including Connie Francis, Bing Crosby and Roger Whittaker. First published in 1912, John McCormack was the first to record it during the First World War. The song romanticized Ireland and became popular in America and Britain. This light-hearted tribute to Ireland is a favourite of Operatunity audiences, and we look forward to hearing you all singalong. 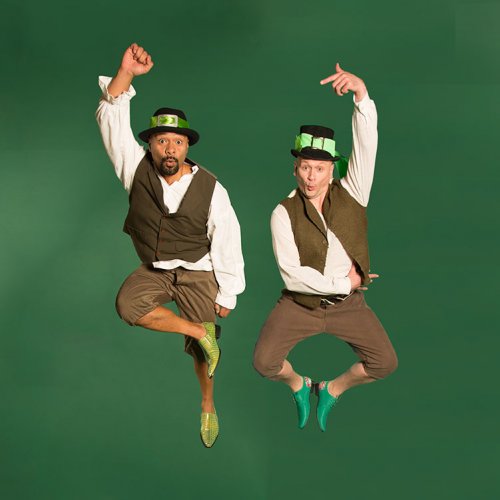